Nationwide Is On Your Side

Dan Thompson Claims This Insurance Company Lives Up To Their Motto

Nationwide Is On Your Side

Dan Thompson Claims This Insurance Company Lives Up To Their Motto 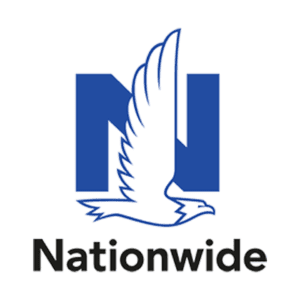 “I didn’t really understand the impact of what I did until when Hurricane Fran hit North Carolina in 1996,” said Dan Thompson, insurance agent and founder of Dan Thompson Agency in Raleigh. “I learned in a very real way that my job isn’t selling insurance— it’s helping families.”

Many North Carolina residents waited many months to get their checks from other carriers to cover damages due to the hurricane, but Nationwide had their clients up on their feet a lot faster.

For more many decades, Nationwide has been one of the largest carriers in home and auto insurance. “I was an exclusive agent with Nationwide for nearly three decades and learned the benefits of working with a large carrier,” said Thompson. “The beauty of a large carrier is that when things go terribly wrong, you really want the biggest guy on the block helping you out.”

Dan Thompson also is proud of the philanthropic side of Nationwide. “They work with a lot of charities all over the country and here locally,” he said. “The do a lot with Interact and Safe Kids, to name just a few charities.”

Since the 1930s, Nationwide has played an active role in supporting childhood safety efforts including their engagement with Nationwide Children’s Hospital’s Center for Injury Research and Policy (CIRP). Contributions made by the Nationwide Foundation to the Hospital have supported important child safety research and most recently the development of the Make Safe Happen app.

Nationwide and the Nationwide Foundation will continue to support non-profits benefitting children and families through philanthropic investments.

Nationwide Mutual Insurance Company, a Fortune 100 company based in Columbus, Ohio, is one of the largest and strongest diversified insurance and financial services organizations in the U.S. and is rated A+ by both A.M. Best and Standard & Poor’s. The company provides a full range of insurance and financial services, including auto, commercial, homeowners and life insurance; public and private sector retirement plans, annuities and mutual funds; banking and mortgages; specialty health; pet, motorcycle, boat and farm insurance. For more information, visit nationwide.com.